The Corporate Transparency Act of 2019: What Small Business Owners Should Know

In June 2019, the U.S. House of Representatives’ Financial Services Committee approved legislation that could place an undue burden on the nation’s small businesses.

The legislation is designed to provide heightened transparency of U.S.-owned companies. However, when it comes to the Corporate Transparency Act of 2019 (H.R. 2513), what small business owners should know is that the bill in its present form would place a significant burden on them and their companies.

What Is the Corporate Transparency Act of 2019?

The legislation approved by the House committee is characterized by its sponsor, U.S. Rep. Carolyn Maloney of New York, as a tool to prevent money laundering via anonymous shell companies.

The bill’s core components focus on “beneficial owners,” for which the definition has been expanded to include not only  those who own or control more than 25 percent of a company’s shares or voting rights or who have control of the company or its membership, but also those who “directly or indirectly” have any substantial control or economic benefit.

The bill stipulates the following:

U.S. companies that employ more than 20 workers and have more than $5 million in gross receipts or sales are exempt from the bill’s mandates. Certain financial institutions such as banks, credit unions, and investment companies, which are federally regulated elsewhere, are also exempt.

The passed bill now heads out of committee for consideration by the full House and Senate. 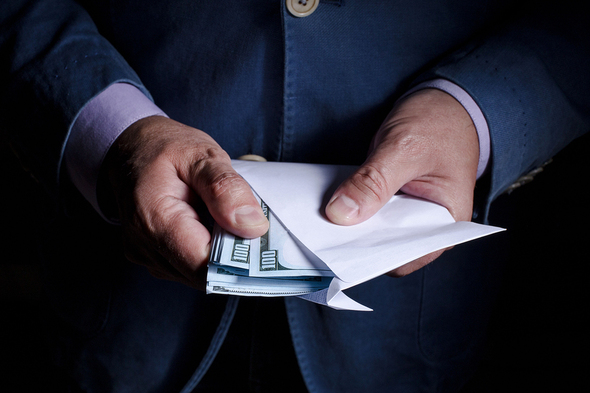 The Impact on Small Businesses

While on the surface the bill has some noble intent, it also places a significant burden on the smallest of small businesses.

For one, small businesses would need to file reports with the Treasury Department’s Financial Crimes Enforcement Network beginning at incorporation and formation and continuing annually.

Business owners also will need to complete a “look-through,” which requires them to scrutinize every layer of ownership among corporate and LLC affiliates. Any people affiliated with those who are beneficial owners must also be reported.

The “look-through” mandate is a daunting one for small businesses that are owned by one or more corporations or LLCs.

Privacy is another concern. The Treasury Department is required to keep the beneficial ownership data the entire time a business is viable, plus an additional five years. It allows for federal, state, local, or tribal law enforcement officials to access the information easily. That means an increased risk of misuse or improper disclosure of the information.

In contrast, the American Bar Association cited the concerns about privacy and “burdensome and intrusive regulations on millions of small businesses” in a letter of opposition. The ABA letter is co-signed by more than two dozen other legal and business organizations, including the ACLU, International Franchise Association, National Federation of Independent Businesses, National Small Business Association, and National Association for the Self-Employed.

This isn’t the first attempt at legislation of this type.  There was the Corporate Transparency Act of 2017, introduced by Representative Maloney and fellow NY Representative Peter King which got some traction in the Senate, with Ron Wyden and Mark Rubio introducing companion legislation..

At that time, the Act stated that those who assisted in the creation of legal entities (i.e. corporations and LLCs) were labeled as financial institutions and thereby subject to the reporting obligations.  These “formation agents” would have included companies like Benetrends that assist new clients with their corporate structuring.  This appears to have been eliminated in the current legislation.

Our interpretation with respect to the Corporate Transparency Act of 2019 is that any shares owned by the retirement plan for a client’s benefit will be attributed to that client personally.  We therefore believe that most, if not all, of our clients will personally be classified as “beneficial owners” as described in the bill and as a result will be required to meet the reporting requirements.

We will continue to monitor the progress of this bill as it passes through the House and Senate and provide updates as they become available.

At Benetrends, we help small businesses secure funds to start, grow, and manage their business operations, from the initial incorporation to retirement plan growth to the exit strategy. To learn more, download Innovative Funding Strategies for Entrepreneurs.