Spotlight on Success: 5 Women Who Rock the Business World

You’ve probably heard the song, “It’s a man’s world.” In the business world, that is simply not true anymore. Quietly women have moved up the ranks. Fast Company reports over the past two decades the volume of female-owned companies has grown 114 percent. Compare this to the average growth of any business during that time period, which was 44 percent, and you start to see that women are finally gaining ground. While women still have inequalities related to pay equity, their ability to secure small business lending, and other challenges, they are breaking the corporate glass ceilings, both by smashing through and sometimes working around them.

Here are some of the women who are getting it right and succeeding in their efforts to launch and sustain a business venture.

Carrie Green went the traditional route at first, studying at a major university and graduating with a law degree. She says, “I always thought I’d end up doing my own thing—as opposed to working for someone else.” Greene started her own thing online, building a successful venture but also realizing how incredibly isolating entrepreneurship can be.

Greene learned that the entrepreneurial journey is usually bumpy and uphill. Physically and mentally draining, starting a small business is both risk-filled and lonely, particularly for women who have fewer role models and mentors than men in the business world. Carrie decided to form an organization devoted to empowering women entrepreneurs with the tools and resources they need to go from startup to success.

In 2011, Ms. Greene founded the Female Entrepreneur Association, which grew to more than 650,000 women around the world. The platform serves as a hub for training, inspiring, networking, and advice. Carrie went on to write her first book She Means Business, which was an international bestseller. Her best advice for women entrepreneurs is that having the right mindset is the best tool for shaping a new business. The right mindset can help you have the perseverance to overcome any adversity, no matter how hard. 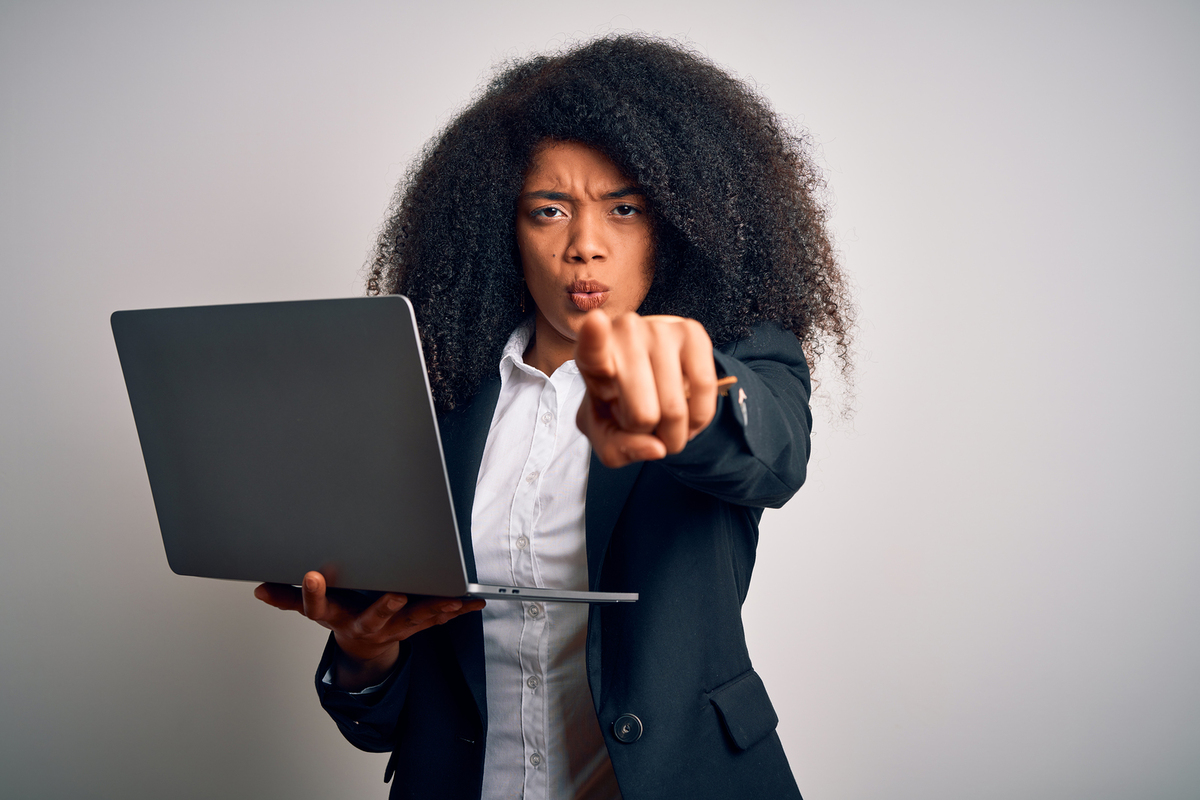 Jasmine Crowe is the founder and CEO of Goodr, a tech company that reduces food waste and combats hunger. The organization uses blockchain technology to solve three seemingly untenable problems:

Goodr solves this frustrating tripod with technology. Social entrepreneur Jasmine Crowe took a look at these numbers and realized there was a crucial sustainability link missing between the food we have and the food that’s needed. Her team used blockchain to bridge that gap.

When Ms. Crowe started Goodr she was working on community events to alleviate hunger and poverty. She learned about how restaurants were throwing fully cooked, perfectly edible food away, and it motivated her to find out more. She found out many restaurants are worried about liabilities with donating their food, despite the Good Samaritan Act of 1996 that allowed these companies to donate their food. Most companies don’t know that the law lets them help the needy, so Jasmine set out to change this.

Goodr, based in Atlanta, is a mobile app designed on the Uber model to use the sharing economy to take leftover foods from companies to the needy. Goodr users can order a “rescue” driver on the app to pick up surplus food (the average pickup time is 15 minutes). The app then sends the driver to the nearest participating social service organization to share the donation with those that need it most. The app then aggregates the data for the donating company for use as an additional tax write-off. The company is currently on a sustainable growth path to launch in new markets. While the COVID-19 virus will likely slow down this charted roadmap, we expect good things out of Goodr in the near future.

Gabrielle Bernstein, like Oprah, is a motivational powerhouse. She created a spiritual guide called A Course in Miracles designed to teach self-love and forgiveness with a holistic approach to spirituality that has resonated with women and men around the world.

Bernstein has written seven books and created a social networking site for women, touring the country offering advice and spiritual support. Her self-help practices are all about how to “take inspired action now,” according to The New York Times. Her goal is to lead people to their version of spirituality and a healthier lifestyle. For Bernstein, her version of the wellness movement is about connecting with whatever empowers you in the universe to be a better, happier person.

This is good advice for women entrepreneurs, who often feel stuck or at the bottom before launching their own successful venture. Gabrielle suggests the best thing that every entrepreneur can do is to, “Take one little right action toward your dream today.” Fortunately, for the millions of people reading her suggestions every day, she’s obviously good at taking her own advice. 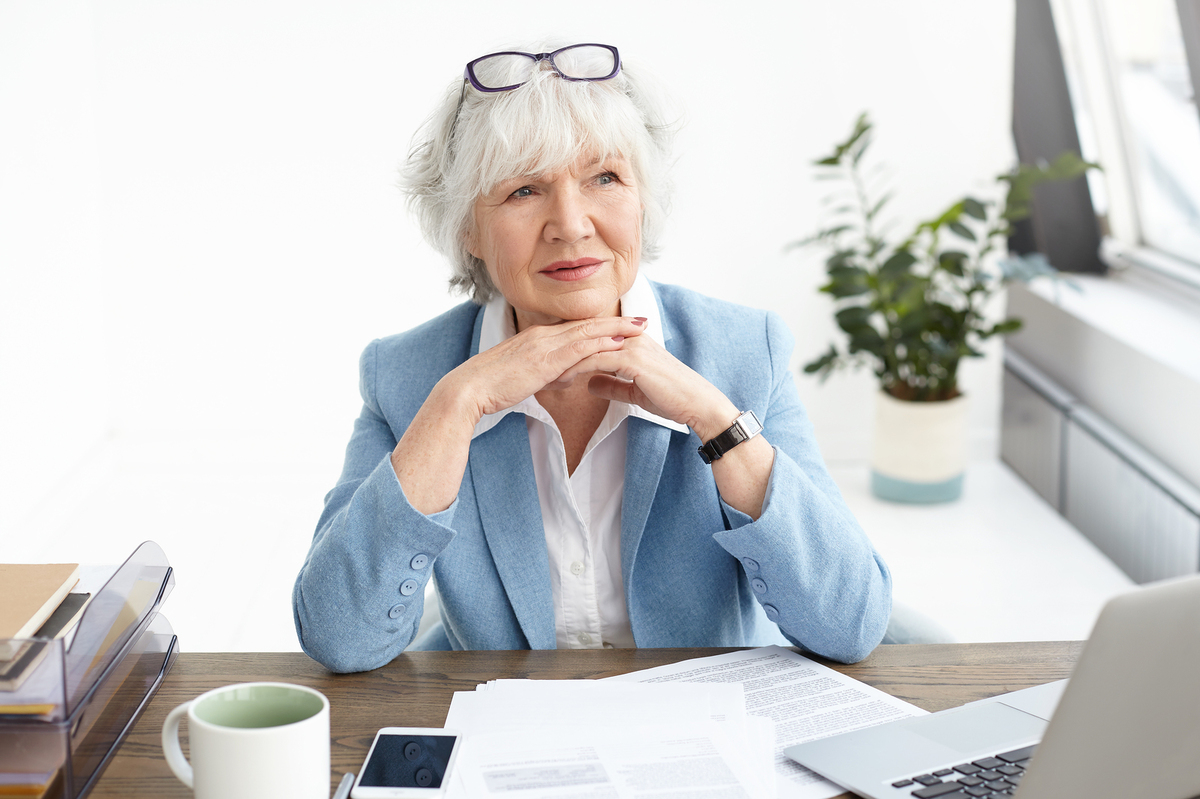 Like a lot of women entrepreneurs who gained success, Katie took a circuitous route to get there. She started her career in TV production but took a magazine journalism class and fell in love.  She got her first taste of the gig economy when she sold a few articles. A few years later she met her soon-to-be partners, Michael and Daniel Broukhim, and launched FabFitFun as an online magazine for women.

As the site grew more successful, Ms. Kitchens realized they were reviewing and writing about all kinds of great products. Why not share them with their readers? A decade ago, the idea of a boxed subscription service was relatively new. The FabFitFun founders knew how exciting it was to get something in the mail other than a bill. FabFitFun thought sending samples to subscribers would brighten their day as well as introduce them to fitness, fashion, and beauty products.

Some of the biggest challenges in those early days came less from finding a women-owned business loan and more from transitioning a staff of writers into a product fulfillment team. Understanding how to curate the box content was just as hard as figuring out how to promote and sell the subscription idea to consumers who had really never seen anything like it before.

The irony is that the new subscription box forced Kitchens and her team out of their own boxes. In an interview with VoyageLA, she states:

“It’s a little funny that it took our FabFitFun box to break me out of my box, but it has been really fun to learn an entirely new set of skills in my thirties. And I ’ve learned that we are all so much more than the boxes we put ourselves in.”

#5 This Woman Has 17 Million Roommates

Angelica Nwandu founded the entertainment news site The Shade Room in 2014 and the growth of this media empire has been astonishing. Today, Nwandu is one of the biggest voices in new media. The Shade Room, which is an entertainment site focusing on Black celebrities, experienced financial growth of 50 percent each year with projections to continue this trend. From launching the site on Instagram with 10,000 followers in two weeks to having more than 17 million followers (Nwandu calls them her “roommates”) today, this media site has seen unprecedented growth and shows no signs of slowing. But the path to entrepreneurship was not easy.

Ms. Nwandu is a child of the foster care system and came from a broken and violent home. She fought her way back and received an accounting degree in 2012 but knew this wasn’t the life she wanted. Angelica was a poet and writer at heart, and in 2014, she won a $5,000 scholarship from the Sundance Institute. While she had a job as an accountant, she followed her passion and turned her passion for pop and celebrity culture into an entrepreneurial venture.

By 2016, the site moved away from pure popular culture to include politics and life-style issues relevant to Black culture. Capitalizing on her success, Nwandu also began to repay the community that supports her by developing stronger partnerships with Black entrepreneurs. She knew that small business loans were tougher to get in the Black community and that women-owned business loans were also harder to secure.

Fast Company reports that, to date, Angelia has helped launch or supported more than 400 entrepreneurs in the community she serves.

When asked about her phenomenal success in the admittedly fickle media industry, Ms. Nwandu says the best way to grow business for her has been through, “testing the waters, but you also have to trust that that’s the route that’s going to take you to success. It’s trusting in my instincts that these are the routes that will grow and expand.”

The success of a woman-owned business affects everyone around them. Globally, women-owned businesses contribute $3 trillion and 23 million jobs to the economy. The U.S. is one of the best regions for women entrepreneurs, according to StartupNation, which is evidenced by the steady growth of new female-piloted companies across the country.

In addition to pursuing entrepreneurship with financial success in mind, a recent Mastercard study shows that two-thirds of women business owners are driven by social causes. This earmarks many women-owned businesses as serving the dual purpose of making a profit while meeting an unmet social need.

Some of the things we learn from women in business leadership may or may not be unique to their gender. From the women leaders we’ve highlighted, some trends emerge:

While the success of these women is inspirational to all of us, there are inequalities in the system that still stack the cards against the growth of women entrepreneurs.

The small business lending and angel investor numbers are grim according to StartupNation. They report that there is a huge disparity in small business lending between male and female startups. There is currently a gap in venture capital funding. One study shows female-founded businesses receive only $1.9 billion of the $85 billion annually invested in startups. That makes women-owned business loan programs an imperative to continue to fuel women entrepreneurs like the ones we’ve shared in this article.

However, Fast Company predicts a bright future for women entrepreneurs. They anticipate:

Benetrends is proud to partner with women entrepreneurs to offer small business lending. We believe that when we support the community by helping women find the small business funding they need; we build a stronger economy that’s good for all of us. If you’re a woman entrepreneur, a good place to start to find the funding for your business is by downloading Innovative Funding Strategies For Entrepreneurs.