How Women Entrepreneurs Can Bypass Gender Bias in Business Funding

A recent study in Harvard Business Review highlights the challenges some women entrepreneurs face when securing funding. However, despite some perceived bias in certain funding streams, there are considerable resources available to show how women entrepreneurs can bypass gender bias in small business funding.The study looked at conversations among venture capital (VC) officials and would-be entrepreneurs in a government-backed funding program in Sweden. Researchers were allowed to listen in to the conversations and observed gender-based differences among the dialogues.

Government-backed VC is common in the European Union, with governments investing €3.62 billion in small- and medium-sized companies between 2007 and 2013. In Sweden, women own and operate about one-third of businesses but receive only 13 percent to 18 percent of government-backed startup funding.

The researchers observed conversations with 125 applicants, 99 of whom were men and 26 of whom were women. They looked at how the evaluation team (five men, two women) described women and men generally, words and sentences used to describe the entrepreneurs, comments about dress and appearance, and the dynamics within the conversations.

Men were described as being assertive, competent, experienced, innovative, knowledgeable, and having established networks. Women, in contrast, were frequently described as weak, with questionable credibility, experience and knowledge.

Men were also described as “young and promising” while women were “young, but inexperienced.” Men were tabbed as being “cautious, sensible and level-headed” while women were “too cautious and does not dare.” Men were called “aggressive but a very good entrepreneur,” while female counterparts were labeled “enthusiastic, but weak.”

The Swedish results are not atypical of either side of the table. The 2016 Crunchbase Women in Venture report noted that despite a steady increase in women founding companies, only seven percent of partners in the top 100 VC firms in the United States are women. 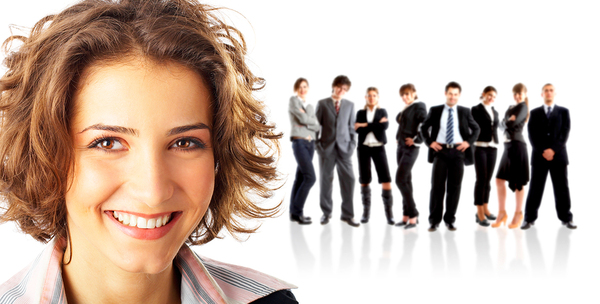 Despite evidence of gender bias in small business funding, the good news is that women entrepreneurs do have viable opportunities to secure funding for start-up businesses. The federal Small Business Administration offers extensive resources that provide information on creating a business plan; seeking federal, state, and private grants; and finding a mentor. Other available resources include:

Finding the right funding is often a complex journey for any entrepreneur. At Benetrends, we offer a straightforward, simple structure that uses an entrepreneur's own existing 401(k) or IRA funds.

Using Benetrends’ proven program, women entrepreneurs establish their business as a C corporation, then invest existing retirement funds into their own business. With Benetrends’ guidance, we can help women access much-needed capital in a matter of weeks. To learn more about Benetrends funding opportunities, download Innovative Funding Strategies For Entrepreneurs.