The most recent report from the National Federation of Independent Businesses (NFIB) paints a clear picture of the state of small business in the United States.

The report indicates that small business owners have a positive outlook on the nation’s economy and their future. Exploring the state of American small business also reveals interesting data about the correlation between increased hiring and successful financing.

Scope of Small Business in the United States

According to the U.S. Small Business Administration’s latest data, there are 30.2 million small businesses in the nation, representing 99.9 percent of all American businesses.

Those businesses employ 58.9 million people or 47.5 percent of all U.S. workers.

The top five industries employing people at small businesses were:

The NFIB data show a promising, optimistic outlook on the U.S. economy.

“This is confirmation that small business owners remain very optimistic about the economy despite all the talk about ‘slowing,’” notes the NFIB report analyzing the survey findings.

Heightened expectations for economic improvement and anticipated increases in real sales drove the increase in the Optimism Index.

A closer look at the NFIB data shows that labor is one area where small businesses are struggling. A record high of 26 percent of survey respondents noted that finding qualified workers was their number-one problem. Sixty-three percent of companies were hiring or trying to hire with 89 percent of such companies finding few to no qualified applicants to fill necessary positions.

The number of companies reducing employment remained flat (7 percent). The number of businesses increasing their worker base also dropped slightly by two points to 10 percent. The inadequate supply of workers related to the record-level demand could signal a slowdown in economic growth, notes the NFIB.

A look at key economic indicators in mid-2019 backs up the favorable notion on economic growth. 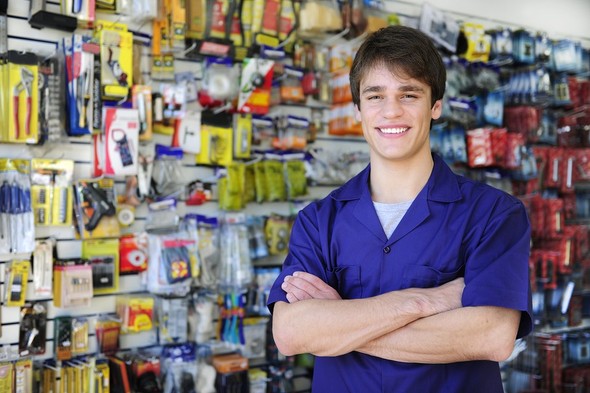 Business Owner Confidence in the Future of their Companies

The growth in capital spending reflects a positive outlook by business owners regarding their own companies. Of the 57 percent reporting capital spending, 41 percent noted buying additional equipment, 25 percent bought new vehicles and 16 percent spent money on improving or expanding facilities. Twelve percent bought new fixtures or furniture and 6 percent acquired new land or buildings. All areas were level or a gain over the previous reporting period.

While the capital spending seems to be in a turnaround, it is still low historically. The NFIB notes that “resumption of the tariff wars may raise uncertainty again though in the coming months. Owners are more reluctant to make major spending commitments when the future becomes less certain.”

There is a high degree of optimism in the outlook for their own company’s financial performance, too. More than two-thirds of small business owners surveyed in a separate poll are expecting an increase in revenue for 2019, with only 1 in 10 anticipating a revenue decrease. Another 23 percent expected no change in revenue growth.

“Credit conditions are about as supportive as they have ever been in the 46-year survey history,” the NFIB noted.

That outlook is similar to that collected by the 12 Federal Reserve banks in the 2019 Small Business Credit Survey released earlier in 2019 and based on late 2018 data. That report found the following:

The Fed survey showed additional insights that back up the bullish impression small business owners have about the economy:

How much can a small business expect to obtain in lending? The average loan amounts for small businesses, according to a recent article, indicates the following averages:

Benetrends is a firm believer in small businesses and the role they play in the U.S. economy. For those struggling with securing business funding through traditional sources, Benetrends offers another option: The Rollover as Business Start-Ups (ROBS) strategy.

The ROBS approach allows you to use your existing 401(k) or IRA funds to finance a business, start-up or expansion costs. With Benetrends’ pioneering expertise in small business funding, you can access your needed capital quickly without tax or early-withdrawal penalties.

Benetrends also helps small businesses secure SBA loans with a team of professionals to walk you through the application process and help match your business with lenders eager to work with you. Benetrends provides business services, too, including retirement fund management, credit card processing, legal services, and business insurance. To learn more, download Innovative Funding Strategies For Entrepreneurs.